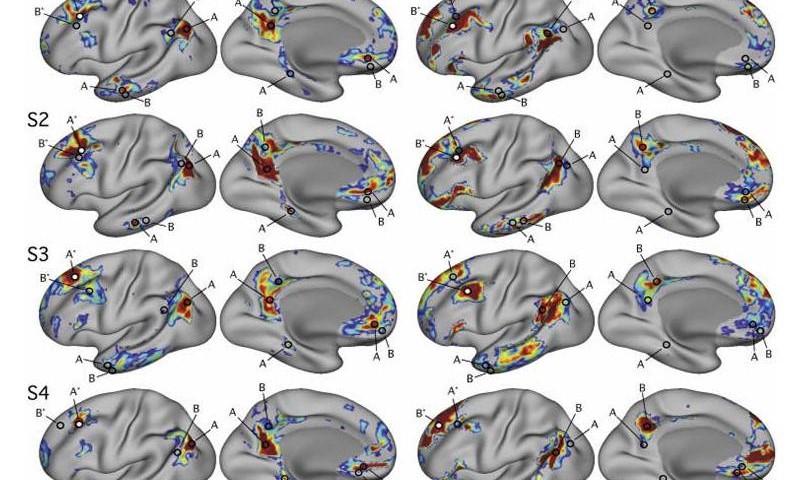 Harvard scientists have gained new insights into how the brain networks important for thought and remembering are organized in individual people, bringing the notion of using brain scans to help personalize medical treatments one step closer to reality.

Led by Randy Buckner, a Professor of Psychology and of Neuroscience, and Professor of Psychology in the Department of Psychiatry, and Rodrigo Braga, a post-doctoral fellow in Buckner’s lab, researchers identified two networks that lie side-by-side in the brain and may play key roles in planning, remembering and imagination. The networks are described in a July 19 paper published in Neuron.

“We’ve known for some time there is a network of brain regions that is involved in memory,” Braga said. “What we’ve done is look at the organization of this network in more detail than ever before by diving deeply into individuals as opposed to looking across groups of – sometimes – thousands of individuals… and by doing so we’ve been able to see a new level of detail.”

To understand this network, Braga and Buckner used MRI to intensively scan the brains of four individuals two dozen times over the course of several months.

What those scans revealed, they said, is that instead of one network there are actually two networks sitting side-by-side in numerous areas of the brain. The networks are, in fact, so intertwined that in some regions, one network is literally surrounded by the other.

Though the newly-discovered networks first appeared to be close copies of one another, closer examination reveals one key difference – one network is connected to memory structures while the other isn’t. The similarities suggest both might have originated in similar processes occurring during brain development and evolution. That critical difference, meanwhile, hints at how evolution has specialized the networks for different aspects of thought.

To reach those findings, Buckner said, scientists had to re-think the traditional approach to studying brain networks.

In recent decades, he said, neuroscientists made enormous leaps, from understanding individual brain regions to understanding how multiple regions work together to form networks. One thing that emerged from those studies was the discovery of what scientists call the “default network” – a group of brain regions that work together to manage complex cognitive tasks like remembering and planning.

“We’ve been able to map them and know what those networks start to look like, but until now it’s always been done in groups,” Buckner said. “But having spent a couple of decades learning as much as we can from the central tendencies across people, we started to see the limits (of that approach.)

“Imagine you tried to learn about the human body by averaging across 1,000 people,” Buckner continued. “You would learn that a person has a head and two arms and two legs. If you had enough resolution and you aligned things just right, you might even learn they had ten fingers…but there are a lot of idiosyncratic features that would be lost. We learned a lot about the broad structure of the brain, but we’d always been blurring these networks together because they’re so close to each other.”

The solution, he said, was to focus intently on the architecture of the brains of individuals.

“It became clear that our best bet was to dive into the idiosyncrasies of individual anatomy,” he said. “And what surprised me was how simple the anatomy and the network structure was that we missed. These networks have always been there, we just missed them until we looked with the right lens.”

But those newly-discovered networks aren’t important only for improving our understanding of the brain, Buckner said. Understanding how they work, and identifying their location could be critical for pre-surgical planning before the implantation or removal of devices to stimulate specific brain regions.

“We haven’t been carving nature at its joints,” he said. “This is relevant in applications as we start to actually modulate circuits in the brain with implanted electrodes…because we suddenly realize it’s very easy to move just a tiny bit and be in a different network.”

The finding may also serve to aid in the diagnosis of certain conditions, Braga said.

“It’s been difficult to pinpoint neurological and psychiatric disorders to certain brain regions,” he said. “With the level of description we’ve been working at…if we understand the anatomy that’s one potential avenue toward hopefully disentangling some of these diseases.”

“I would also say we have to do a reboot and go back and revisit some of the functions we’ve tried to understand in the past,” Buckner added. “We may have been confusing ourselves by attributing functions in one network with another…because we couldn’t see their differences, so we have to revisit a long list of questions we’ve pursued in the past about normal functionality as well as dysfunction.”

This research was supported with funding from the Wellcome Trust and the National Institutes of Health.

Image Source: NeuroscienceNews.com image is credited to Buckner and Braga/Neuron. 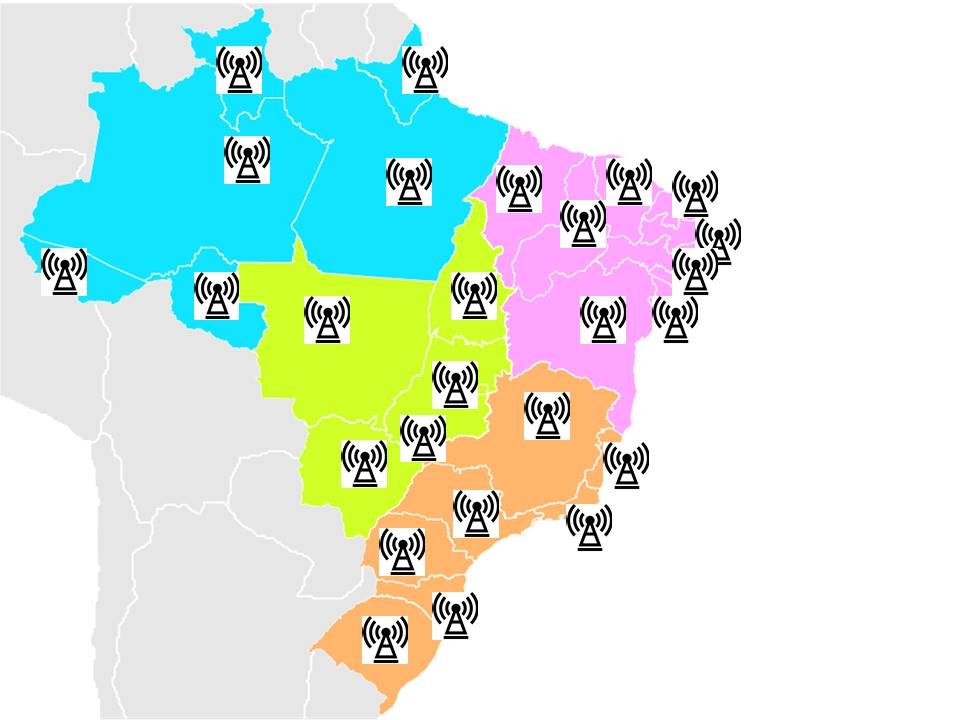